Fear, it’s what we live by and what many die by. We’re afraid of new experiences and some people are held tightly in its grasp with phobias so strong they cannot live a full life. Personally, I am claustrophobic – in certain situations more than others – and I have a terrifying fear of heights. I am not afraid of people, color, sexual orientation, animals – well spiders and snakes freak me out a bit – but overall I manage to get by. I get on planes by watching JetBlue’s televisions, reading on my tablet or just focusing my mind on something other than being in a small sardine can waiting to fall to a fiery pit of death. So, why do I bring up F.E.A.R.?

Discrimination is born of it. We teach our children what we have F.E.A.R.ed. “If you see a man walking behind you, cross the street to ensure he’s not following you.” “If a stranger asks if you need a ride, run the other direction.” “If a person appears out of place, keep an eye on them.” “They have a disease and only God can save their soul.” I’ve heard all of the excuses. I just haven’t heard of any fixes.

Okay, so someone appears out of place – maybe he’s lost. Maybe she was in a store because she was visiting a friend’s house. You don’t know the situation. You don’t read their minds and say “They’re here to rob me, I know it.” Do you? Or are you assuming based on probabilities? Profiling might work to an extent, but it also gets things wrong – just like F.E.A.R. pushes you to make irrational decisions – and we learn these F.E.A.R.s from our parents and mentors. 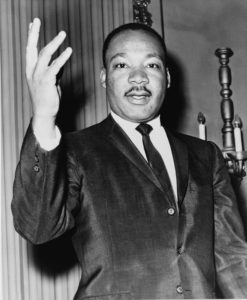 My family is a diverse one, some joke and say we are the United Nations of people. Color, race, creed, none of it matters here. We are one unit. We are one family. We love each other fully without F.E.A.R. or judgment. We believe in a being more powerful than ourselves. We try to live our lives to the fullest every day. We protect each other and I would give my life to protect the innocent children born into our group. My family is a beautiful rainbow of everything that brightens my day after a rainstorm. When in a car accident, my brother drove the furthest distance to be at the hospital with me. To hug me. To let me cry on his shoulder. To help me deal with my F.E.A.R. in a rational way. Take aside that he is my brother, he’s a good person. He didn’t have to do anything, yet he CHOSE to. It’s how we were raised, and it shows in our everyday actions.

How many people would still be alive today if discrimination wasn’t in play? If the K.K.K. was totally disbanded – and please don’t lie and say they already are – history would have been so different; millions would have served in WWII and not had to fight for that right. Martin Luther King, Jr. might still be alive and he would have held his grandchildren while preaching about their dreams. What if women were not persecuted in countries, raped repeatedly, and stoned to death for those sexual assaults? Young girls would be raised differently and take pride in their bodies. What if sexual orientation was accepted and not beaten down by religious book thumpers who use it for their needs and not the essence of the book itself? Matthew Sheppard, teenage suicides, and countless other senseless murders would not have happened…

…but it did happen and it continues to. The only way to fight F.E.A.R. is not to give it power. When one person screams profanities in a rap song riddled with the “n” word – I ignore it. I choose to turn it off. It adds to the hatred. It puts a name to a color. I refuse to give power to that word. A perfect example is a white gentleman I was helping at work once. He was with his young son. I was listening to the Mets game and Jose Reyes hit a triple. I was excited and said proudly “I’m glad he’s feeling better.” The gentleman called him a “wetback” and continued to pontificate about speaking English or something like that. I was floored. I had never heard that expression before. While I might agree all citizens should speak English, I don’t care how Mr. Reyes works, as long as it is honest work. I stared at the man, then at his son who nodded to his father. I smiled and said, “Have a wonderful day.” I could have called him a cracker, old school, bigot – but what good would that do? It would perpetuate the cycle and make me no better than this absent-minded and lost man. I chose to kill them with kindness.

Simply put, we cannot F.E.A.R. what we don’t give power to. Your words might cut me to the bone, but I won’t hit you. I won’t lower myself to your standards. I will openly admit I have moments of weakness when I want to scream, yell and punch the living daylights out of a dumb fool – but I refrain. I will scream in private. I will work out my issues in private. I will not allow someone’s HATE to rule me with F.E.A.R. I am white. I am female. I am bisexual. I have never admitted that publicly. I F.E.A.R.’ed the ramifications on my life, my career, my family… heck I have faced bigotry because of it. I’ve been told by many men, “I’ll make you straight” when I turned them down for coffee, beer or a dinner. Last December, I was made to sit in the hallway as my then-girlfriend, now my wife was in the emergency room. I shook with F.E.A.R. alone, waiting, praying. Yet, I am persecuted, denied freedoms, pledged for damnation, all because you F.E.A.R. me, a simple woman with a big heart and lofty dreams.

God said, “love the sinner but not the sin”, so why do we continue to F.E.A.R. the person? Why not attack the issue at hand. Look in the mirror and see yourself, face your anger, your F.E.A.R.’s. Accept them, deny them, fight them – go through all the stages you must go through so you can figure it all out. At the end of the day, your words and your actions will be all that remain when you are gone. I will choose to love my wife with everything that I am. I will protect my family and those innocent against the harms of the bigger oppressors. I will fight my inner demons, find reassurance in myself and try to live each day to the fullest. I will look at all those who F.E.A.R. me and smile saying “Have a wonderful day.”