This is a VERY long blog post, but it was something I needed to write considering the judgment of the Supreme Court is being released this month. Please bear with me. 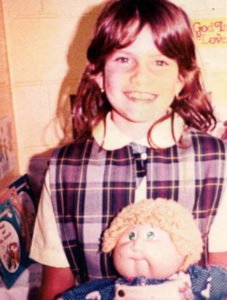 I went to Catholic School from pre-k all the way to a senior in high school. Every religion class I attended, every homily I heard, every word that came out of an older person’s mouth was always the same – God is love. Many people do not believe in God, and that is 100% okay, but you still have faith in science – and for this blog’s purpose it is important. The point is, love between consenting adults is good. The love between consenting adults who wish to spend their lives together is good. Trying to deny protections under the law for a religious reason – when not found in all of them – is wrong. It isn’t about your religion. It isn’t about your right to have your faith. This is simply about a person’s ability to live their life the best way they know how with the utmost respect for their lives. Let me explain.

I knew I was different from my earliest memory in grammar school. I had no interest in spending time with the boys. I loved playing sports and hanging out with my older brothers. While the girls in my grade were getting into make-up and talking about boys… I was listening to Debbie Gibson and living in my own little world on paper. I was writing about superheroes, murderers, and genetically mutated sharks. It was easier for me to focus on that, than on what was wrong with me.

I remember sitting in church with the monsignor at the time… asking him why God hated me so much. Why Would He let people hurt me and make me feel wrong? I knew the monsignor didn’t fully know what I was feeling, but he knew I was struggling. One lunch period, when I hid from the schoolyard, he sat with me… spoke candidly and told me God made me as I was supposed to be. He told me God didn’t hate me, but some of us are challenged more than others. No matter what was given to me, I could handle it.

I graduated grammar school, hating myself and hiding everything about me. I was alone. I was terrified to talk to anyone about it. I was scared that my mother would disown me, telling me this is not what she signed up for when she begged God for a daughter. My focus suffered. I pulled into myself more. My grades slipped greatly. I couldn’t play sports to the best of my ability – so I didn’t make the basketball or softball teams. For two years, I became a farce of myself. I focused more on my stories. I created fantasies about how great my life would be like if I was like everyone else. I wasn’t the happy girl my mother gave birth to anymore. 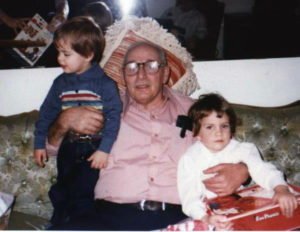 In my sophomore year of high school, my grandfather died after a long battle with cancer. He passed away 18 days before my sweet 16. He was my solace most of my young life. I never told him anything about me or what was going on in my head, but he always made me enjoy the little things. Yet, he was now gone. My parents had wanted to throw me a large party, I didn’t want it. I knew no one would show up – it’s part of being an outcast – my grandfather gave me one last gift when he passed away. He allowed me to cancel the party. I just had the family. The ones I felt safe around. Two months later, my aunt died. Two months after that a friend of mine.  I hid. I buried my grief inside and put on a brave face. I ran away from the school I had no emotional connections to and transferred.

It was about six months later that I allowed my written world to come into my reality. My English teacher, Mr. Kalinowski, would read everything I handed to him. Trust me some of it was shit, but he was always supportive and gave me constructive criticism. He made me see a light in all my darkness – a way to express myself. That being said, for all he did, I had more people knock me down maliciously – for a laugh or two. It was around this time I decided I would rather be with God than live on Earth. I planned on taking my own life… and I even failed at that. I wasn’t straight. I wasn’t very smart. I was failing to make the sports teams… and now I couldn’t even bring myself to take my own life. It sounds like a pity party, but the thing is life piles so much shit on you when you’re different that no shovel can help. There was no way out. I had no vision beyond it. I put my head down, graduated high school, college and all the while hiding. I put what little faith I had in God’s plan for me… I hoped he would see me through it.

I am bisexual and have dated men. Very kind and loving men – but I could never fully be with them. I dated women I couldn’t really be with either. I was so used to hiding everything about myself, that I couldn’t really be in a relationship at all. I was outed by an ex-girlfriend to my mother. I was betrayed by someone I trusted, my mother cried but she has yet to disown or turn her back on me.  No one in my family has. I wish the same could be said for my extreme religious friends. 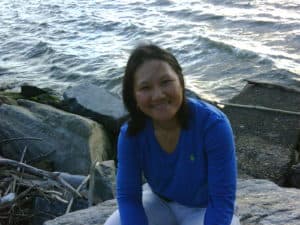 That turmoil kept questions in my head: How could God make me this way? Why couldn’t I be “normal”? Then I met Sheila and all was normal. It felt like the walls just disappeared. The hiding was unnecessary. The pain and tears shed, she wiped away with ease. She made me realize, God made me as normal as everyone else. It was as if the words from my childhood made sense again. God is love and everything I went through was to find that love. All the uphill battles, the hiding of who I was… she was my fairy-tale happy ending. What could be wrong with that? We should scream from the rafters that we were happy! Nope. Now I was finally accepting myself only to face a world that called me an abomination. As if I didn’t hate myself growing up enough, now I had people telling me I was destroying the foundation of society – you know… with LOVE.

Discrimination is everywhere – we have had our fair share of it. I have started to block people on Facebook that I considered friends for years – because they hit me left and right with extreme thoughts. I am hit with Bible prose picked out of larger passages that “prove” their point. Yet, they don’t live by the book fully as it doesn’t suit their everyday lives in the modern day. My only response to them was “Forgive them my Lord, they know not what they do.” Then I block them.

If you think Gay Marriage is an agenda, let me add one more item for you to think about if the above isn’t enough. Sheila had a procedure done recently. The doctor asked who I was, I stated, “Her wife”. He ignored me after that. Due to the longevity of her issue, we didn’t follow our gut instinct and leave. We allowed him to do the procedure at a Catholic Hospital – again not our choice. However, it is a medical professional institution right? One would expect the Hippocratic Oath to somehow cover this. Communication was lacking. People ignored me when I asked for updates. I could overhear all the great conversations to other couples, so I pieced together what I needed to know to read Sheila’s status updates on the monitor. I blew up at the staff for their lack of professionalism. I told them I wanted my wife and wanted to get out of the hospital. I didn’t want pleasantries. I wanted out. Maybe it was me, but they were very rude and unprofessional.

Two weeks later, we were still waiting for results. We called, as per instructions, a few days after the procedure. Then every other day. I called and stated I was looking for the results. They asked who I was. I answered, “Her wife.” Their response, “Her what?” Maybe I interpreted this harsher than it was meant, but the tone was out of line. They also “never received” her other test she mailed in. My primary care physician called and within two days the results were to her. When we went back to the allergist who referred this doctor, he was surprised at how long it took for results. No one had an answer for this professional’s behavior. In fact the doctor said he was frustrated with us for bothering him. I’m sorry we bothered you when we’re waiting two weeks for results that were dated as being received much earlier. This hospital and doctor might not have felt they were being discriminatory. It might not have been their intent at all. However, their behavior led my wife and I to feel like second-class citizens. 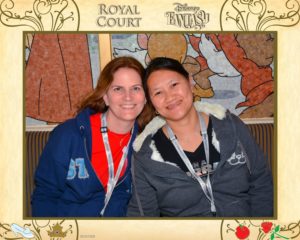 If you have ever had an ill loved one, without being given information, results or common courtesy – you’ll understand. This isn’t just about a marriage, it’s about a respect that is sorely lacking in the world. I would never keep someone in the dark during a procedure, deny baking a wedding cake or refuse usage of a venue because of a religious belief. We are not breaking the law, we are living our lives the best way we know how. Maybe if everyone stopped throwing around words and started living like true religious people and living by example – this world would be a better place.

I dislike confrontation. In fact, I run from it. However, I will stand up to protect the youth from those who push them towards suicide. I will protect their right to discover who they are on the inside. I will stand up for my right to live life to the fullest until God calls me home. I will demand courtesy when I am shopping in your store, getting health care etc – because it is a service you provide to ALL so I should be not be excluded. If I am not a free citizen, then I should not have to pay taxes for a country that does not represent me. Yet I do, because I have faith in people to be inherently good… even after all I have been through. I will LIVE my life… not simply EXIST as these extremist wish for me to do.

I am no threat to you, your divorce rate, your children you give up for adoption, your jobs, your bedrooms, your businesses or your right to throw Holy Water on me. That being said, take a long hard look at your actions and realize YOU are a threat to me.