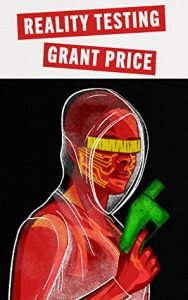 “A look into a future where materialism reigns, knowledge is still the most powerful currency, and your mind plays tricks on you.”

There are things to fear in life. It’s just the nature of being human. Grant Price preys on every single one of them. Reality Testing is a dark and twisted tale regarding the future that seems all too possible if humanity continues on its current trajectory.

The story introduces us to Mara Kinzig, someone who works hard and tries to live life according to the laws in Berlin. She struggles, but compared to others, Mara is doing all right. But she could have a better life and when a legal opportunity to earn a large sum of carbon comes her way – she ignores her partner’s concerns and does it.

That’s when her life changed forever…

Reality Testing shows us a world where power and technology are in control of the narrative. They have all the carbon and live enviable lives. Those at the bottom live with knock off implants, some that have gone horribly wrong. Others live underground in service to the wealthy, creating things they will never enjoy and losing what humanity they have left.

Then there’s Mara – who comes out of the dream tank with a body on her hands, her name on every law robots’ manifest and an unknown voice in her head. We get to witness her fear, the flight from Berlin to discover what happened when she was “sleeping”, and unique characters along the way.

One of my favorite things is the lack of the stereotypical good or evil. Everyone has a bit of each within them. Even the ones you want to hate have moments of goodness within them. You can see why people chose the way they did. You can sympathize with them, even though you want to argue or hate their decision.

Overall, it really is an excellent read. Mr. Price expertly weaves the futuristic, cyberpunk style into a thrilling novel. The twist at the end, while I had an inkling it might happen, was still a surprise. I admit it took me a bit of time to catch on to the lingo. That knocked me out a bit, but only in the beginning. It’s also a fast read and will leave you wanting more.

As a final note, I talk about book covers a lot. I love the way they tease a story without giving it away. I’m not sure what this cover is trying to hint at. I’m thankful they gave this book to me for a review. I don’t think the cover would have grabbed me otherwise and I would have missed out on a really marvellous story. That’s just my 2 cents. 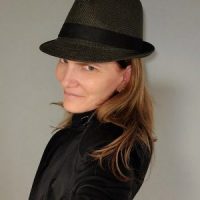 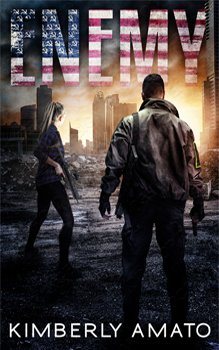